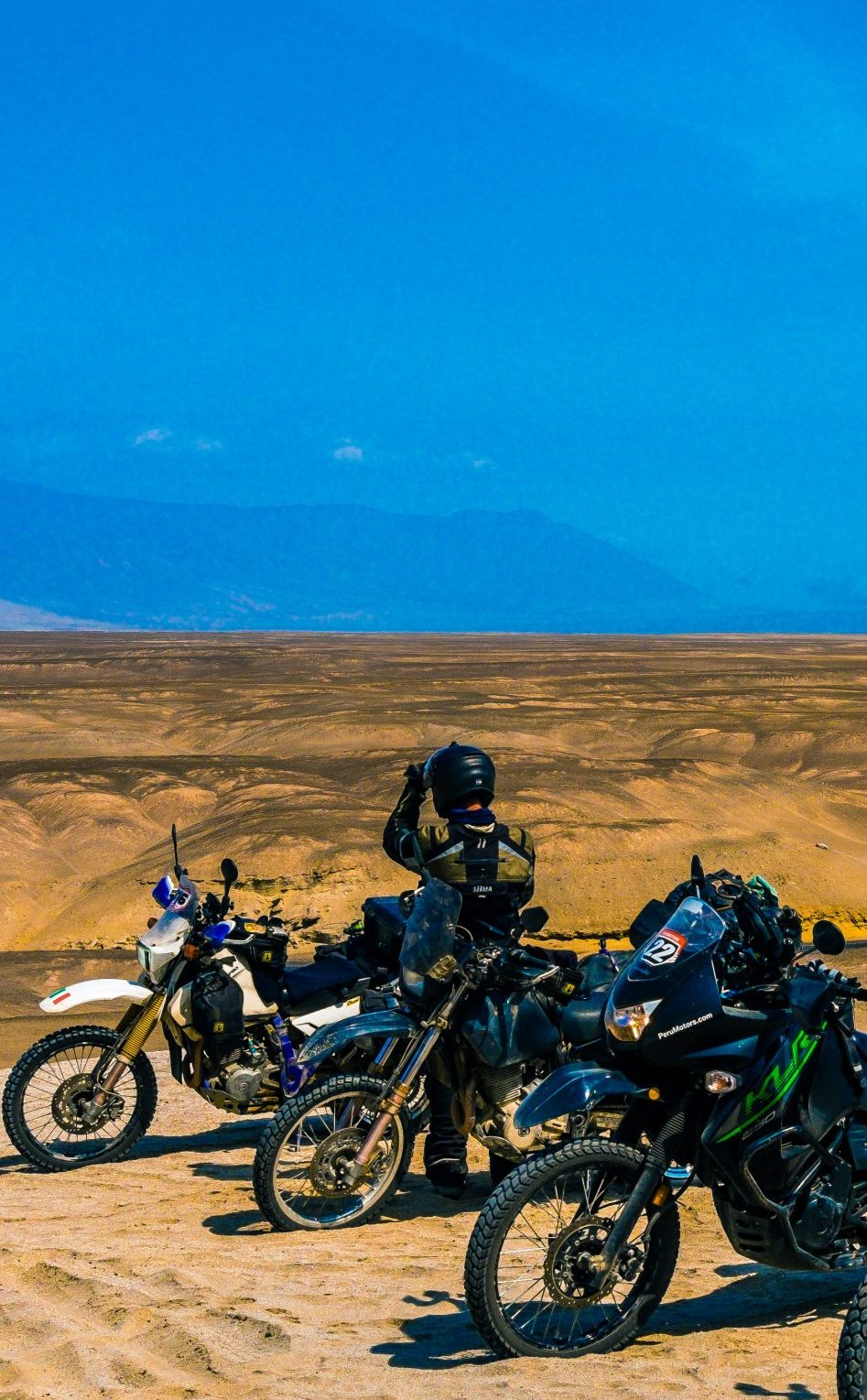 DR vs KLR: Battle of the Budget 650 Adventure Bikes

If you’re in a rush, I’ll open with the conclusion:

The DR650 is a much better adventure bike than the KLR650 in almost every conceivable way. Anyone who tells you the opposite is lying to you, delusional, trying to justify their own purchase of a KLR, or all three.

I know it’s a bold claim, but if you’re not in a rush, I’ll explain why I’m so adamant that the DR650 would be defecating all over the KLR, if only the KLR could keep up to be defecated on.

I’ve ridden a KLR650 through the talcum like fesh fesh of the Atacama Desert, high up into the Andes mountains where it was gasping for air, around twisty bends of some fantastic sealed roads at sea level and most variations in between. I’ve ridden a DR650 across as many varying terrains in Australia, possibly even more. I know that this is just my opinion and not fact, but I have put in the miles, so I don’t feel unjustified in sharing this opinion.

Arguments For the KLR650 and Against the DR650

I’ve collated the most common reasons people advocate the Kwakka over the Suzuki, and then we’ll look at whether or not it’s true.

Claim: The KLR is Cheaper than the DR

When I bought my latest DR650 in Australia, the timing of people being off work coalescing with Coronavirus stimulus packages and being able to access $10,000 in superannuation (like a retirement plan or 401k) meant that the bottom end of the second hand motorcycle and car market got bought up overnight. Where I could have previously chosen between 10 DR’s around the $4-5k mark, I had to put up wanted ads and bide my time. During that whole period, there were plenty of KLR’s available to choose from for $3k.

I have to ask myself why, and the answer seems to be because they’re just not worth spending as much money on.

My only fear is that someone who is limited in budget, will be talked into buying a KLR because it’s cheaper, but they will end up experiencing a bigger waste of their limited money because they will get a bike that probably doesn’t match their expectations.

Claim: You Give up Your Road Capabilities by Choosing a DR

This is one I see a lot. People saying, “Yeah the DR is better off-road, but you give up your highway capabilities”.

I have no idea how this started, but it’s not true. I’ve ridden both bikes on the Pan Americana on long stretches and also around its twisty cliff top bends in Peru. I’ve ridden the DR on many sealed roads and highways in Australia. We also have the world’s longest stretch of straight highway.

Just because the KLR has terrible steering that requires you to lean more and is shaped like a road bike, doesn’t make it better on road. The DR has more grunt to pull long gearing that can sit on 140km/h for days. The Suzuki also has that motard feel where you can lean the bike, get on top of it and wrestle the son of a bitch around the corners. Right when I’ve needed rear brake to help keep me alive and on top of the cliff, rather than at the bottom, the DR’s has always held up as the KLR’s boiled. Some say that’s because of my riding style, which is true because my style of riding is to expect the bike to keep up with what I’m doing.

I speculate that the only reason for this myth, is that DR owners will typically set their bikes up for off-road with lower gearing and softer suspension than they would have for road riding.

Claim: Only the KLR is Ready For Long Range From Stock

100% true. But, more than half of second hand DR’s come with a long range tank. For those that don’t a second hand Safari, IMS or Acerbis tank can be picked up for $200. If buying new, a dealer will throw in a long range tank and if they don’t, go to a different dealer.

Claim: The KLR is as Reliable as the DR

If you ride a stock KLR650 100,000km, it is likely that the engine will have self destructed when the stock balancer chain tensioner loses its spring or falls to bits. Go on to any KLR forum and see how many people have changed the “doohickey” to prevent this.

And particular pieces aside, the KLR engines are just not built the same as the DR’s. If you’ve done a reasonable amount of mechanical work on both bikes, you can feel that the DR has a level of robustness that the KLR does not.

Reliability goes beyond the engine. I’ve never broken a frame or subframe on either bike (yet) but if I had to place money on which would break first, it would be the KLR.

Having said all of the above, the KLR650 is a fantastic bike for its price point and will do a lot of things. But, it does come with its limitations as does every bike.

If your budget is a limiting factor and you can only afford a low mileage KLR or a high mileage DR, you might be best going with the Kawasaki, but should adventure riding become a real passion, you may need to upgrade in the future.

I am so fond of the time I have spent overseas and home on a KLR650 but every time I have the choice between these two bikes, it will be the DR650 all the way.

If you disagree with me, I’d be happy to be torn to shreds in the comments.

You can find out more about which cookies we are using or switch them off in settings.

This website uses cookies so that we can provide you with the best user experience possible. Cookie information is stored in your browser and performs functions such as recognising you when you return to our website and helping our team to understand which sections of the website you find most interesting and useful.

Strictly Necessary Cookie should be enabled at all times so that we can save your preferences for cookie settings.

If you disable this cookie, we will not be able to save your preferences. This means that every time you visit this website you will need to enable or disable cookies again.